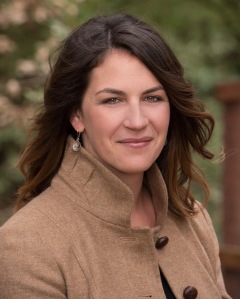 Maria Polonchek is a writer living in the San Francisco Bay Area.  Originally from the Midwest, she holds an MFA in English and Creative Writing from the University of Kansas. She has published award-winning poetry, short stories, and essays in a variety of national publications.

Maria began writing extensively on the motherhood experience after having twins in 2005 and suffering from crippling postpartum depression. She now has three children and has written essays on motherhood for the literary magazine Brain, Child,  contributed to the anthology Have Milk, Will Travel, and has chronicled her experience parenting outside of religion for The Greater Good Science Center, The Friendly Atheist, and Brain, Mother.

Maria is a Leo, a young Gen-Xer, and an ENFP. She is passionate about wellness, minimalism, and mindfulness. She likes to have a finger on the pulse of pop-culture but doesn’t want to jump right into the vein. She’s a Highly Sensitive Person, but can also be irreverent and outspoken. This combination often gets her into trouble.

Facebook analytics will tell you her main audience is made up of women in their 30’s-40’s, though she tends to think of her writing as being more universally accessible. Statistics indicate you’ll appreciate her work even more if you are one of her aunts.